Over 20 ambulance staff have co-located to Edinburgh’s McDonald Road Fire Station in a move which will benefit patients in Edinburgh and its surrounding areas.

The 25 Scottish Ambulance Service staff – a mixture of Paramedics and Technicians - along with two ambulances  moved into the base on Monday (June 22).

The move is part of the Scottish Ambulance Service’s Demand and Capacity Programme, which has seen 540 additional frontline staff recruited in the last financial year, a record number, with plans for the next financial year to build on this.

The Demand and Capacity Programme is funded by the Scottish Government.

To accommodate the extra staff, eight co locations with the Scottish Fire and Rescue Service have been established across Scotland, including four in the Edinburgh area. The first three established were Sighthill, Crewe Toll and Penicuik. Edinburgh’s main station at Peffermill Industrial Estate will remain.

“There is now an aspect of multi-agency working and training that can take place between both services and as well as being a great new base for our staff, this move ensures that we continue to provide the very best care to patients in these communities.”

As in other co-locations, staff will work alongside fire service staff out of a separate room and they will be dispatched to incidents as per normal procedure through one of our three Ambulance Control Centres (ACC).

He said: "These moves are part of a wider commitment between the SFRS and Scottish Ambulance Service to work even more closely together.

"Co-locations mean firefighters and ambulance service staff can regularly share knowledge and expertise while building rapport. It also presents an opportunity to better understand each other's challenges. By working more closely together, communities and our organisations will see numerous benefits." 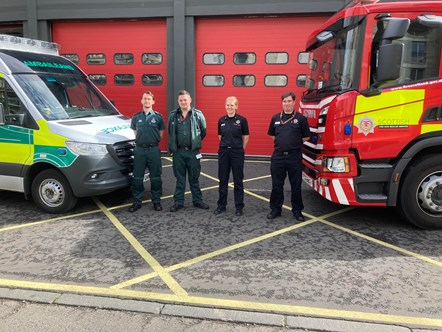 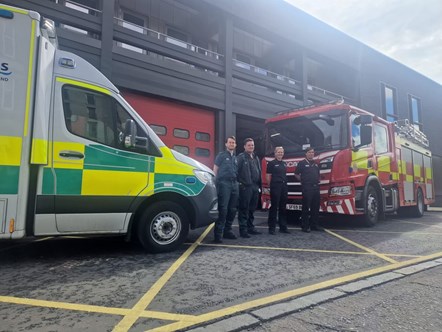 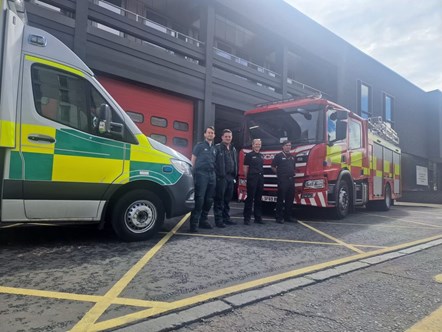 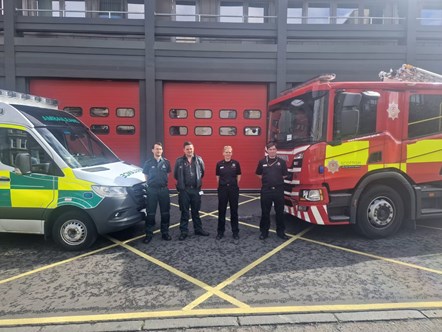