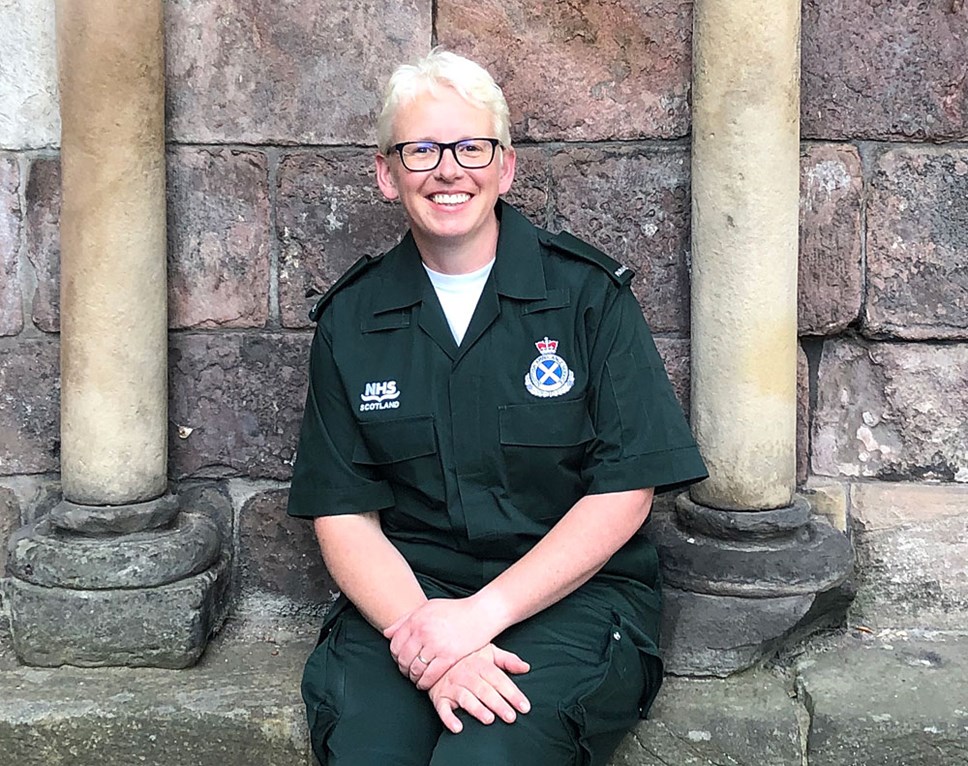 Gail Topping, of West Lothian, has worked for the Service for 20 years – she is recognised for her work in helping to set up the Service’s RUOK? campaign and the West Lothian Listening and Support Group (WeLLS).

Gail joined the ambulance service in June 1999; initially she worked as a call-taker and dispatcher before taking the opportunity to train as a frontline paramedic. She was inspired to set up the two support groups after a particularly gruelling shift.

She explained: “I was recovering at home for a few days after a particularly challenging shift. My colleague Ruth Anderson – a dispatch manager at our East control centre – came to visit me at Livingston ambulance station and she was very supportive.

“We decided that we needed a mechanism so that other members of staff who were experiencing stress or other mental health problems were better supported and we have worked hard for nearly four years to push that forward.”

The RUOK? campaign encourages all members to be aware of mental health stressors and to ask fellow colleagues how they are coping – the initiative is credited with helping to identify anyone who is stressed at an early stage so that they can receive the help they need. Meanwhile the WeLLS project provides ambulance staff with access to a peer-to-peer listening group enabling them to talk in an open forum about issues they are experiencing.

“Raising mental health awareness is vital to ensuring people who are stressed and suffering from work or home pressures, get the help and support they need,” added Gail.

“I am delighted the importance of these issues has been recognised in my receiving this medal – however, the recognition deserves to be shared amongst all my friends and colleagues in the Service, especially Ruth, who have helped set these initiatives up and championedthem to make them such a success.”

“I am delighted to offer congratulations to Gail for her award – she is a great advocate for the Service and has not only worked hard during her 20 year career, but has gone above and beyond to help staff who need mental health support. The RUOK? initiative has been very well received by staff not only in Scottish Ambulance Service but across the UK and beyond.” 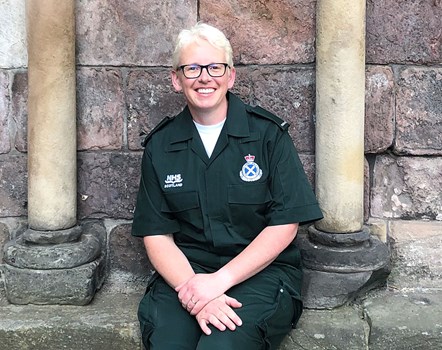