Young Benji's heroic act to call 999 for his mum

A six year old has been rewarded with a bravery certificate from the Scottish Ambulance Service for calling 999 for his mum during an emergency.

Benji of the Drumchapel area of Glasgow, has been described a “superstar” by his mum after calling an emergency operator to ask for assistance after his mum, Becky Garrett, started to drift in and out of consciousness on January 25.

Benji visited the SAS base in Maryhill, co-located with the Fire Service, on Saturday (March 5) to meet with one of the staff members who attended to his mum, Paramedic John McCue. Benji, who wants to be a firefighter when older, also got a tour around the station by Scottish Fire and Rescue Service staff.

Becky said: “I can’t even begin to describe how immensely proud I am of Benji - he really is my superstar. Although I have tried my best to make him aware of the importance of knowing what to do in an emergency, I am just so proud that he actually remembered and stayed calm enough to not only dial 999 but also had the initiative to phone a family friend to let them know I was unwell too.”

Becky said she does not remember much of the day “except for waking up and feeling horrendous” and added: “I was unable to take Benji to school and as the day went on, I gradually began to feel worse and worse. Due to having such a high temperature, I really wasn’t with it at all and from my understanding I was drifting in and out of consciousness.”

Noticing his mum was unwell, Benji took it upon himself to call for an ambulance, with Becky explaining: “As you can imagine, this must have been so scary for a six-year-old to deal with but he did it and thanks to him I got the help I needed and have made a full recovery.”

John was one of three SAS staff members who attended, alongside Ailsa McConnell, Technician/Trainee Paramedic, Glasgow West Station and Melissa McCall, 2nd year GCU Paramedic Student. The call was taken by Christine Sharkey, based in the West ACC, and the dispatcher was Angela Nicol.

Describing the day, John said: “When we arrived, Becky was lying on the sofa. She was responsive to voice, pale and said she was cold. When we checked her temperature, it was very high - more than 39 degrees. It was decided that she required further assessment at hospital. We ensured that Benji was with a responsible adult whom he knew before leaving for Queen Elizabeth University Hospital.”

Of Benji’s quick thinking actions, John said: “Benji was his mum’s hero that day, realising that she needed help and being brave enough to call 999 and ask for an ambulance. When we were leaving for the hospital, Benji gave his mum one of his favourite teddies so she wouldn't be lonely.”

Since the incident, Becky said other parents have advised her that they didn’t think their child would be able to call 999.

She said: “If there’s one message you can take from this, it is to please try your best to make them aware of the emergency services number and when is appropriate to use it - it really can make all the difference. Who knows what would of happened had Benji not done that for me - he really is my hero.” 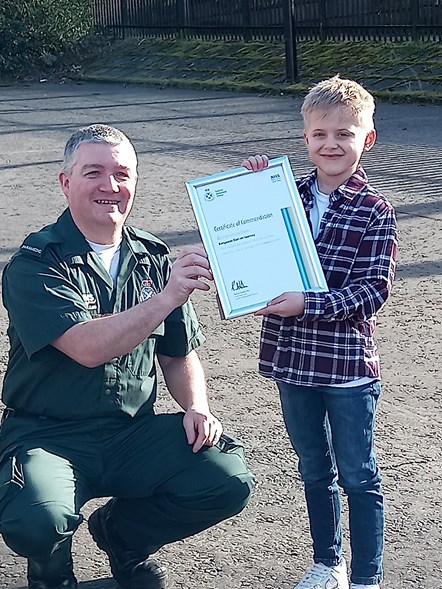 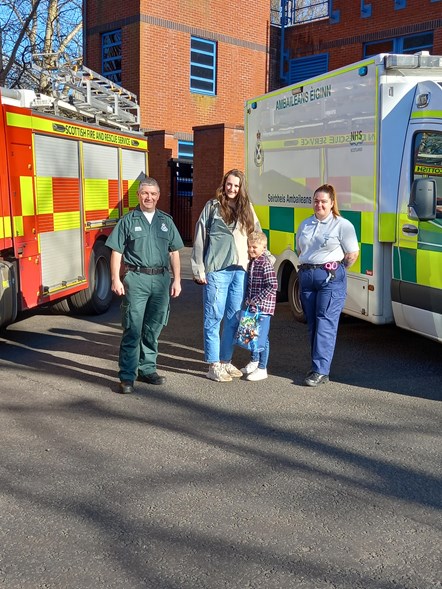 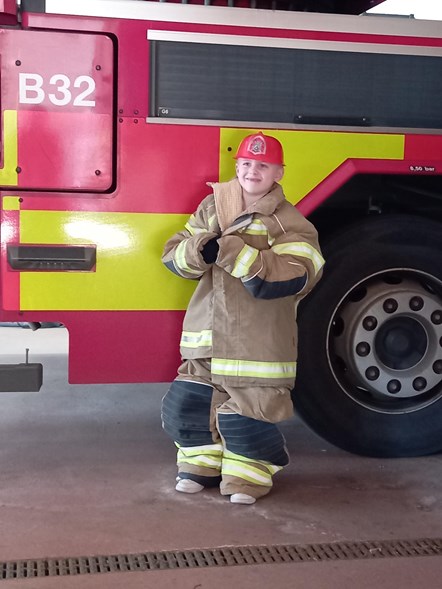