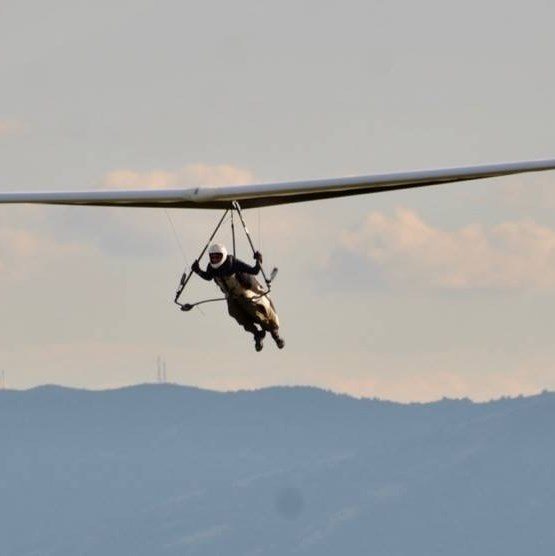 An ambulance care assistant for the Scottish Ambulance Service has competed for Great Britain in the 2018 World Hang Gliding Championships.

Soaring with Griffon vultures, at up to 12,000 feet in Spain, or gliding through majestic mountains in New Zealand – Mike Armstrong has flown above some of the world’s most scenic spots.

The Urgent Tier D2 driver, originally from Inverkeithing now based at Edinburgh City Station since 2008, was selected to represent Great Britain in the sport’s pinnacle event, organised by Sport Club Cross Country XSC.

The competition was held in Krushevo, Macedonia – the highest town in the Balkans - between July 10 and 20. Two teams from Great Britain competed, a Class Five and a Class One squad.

Mike, 58, was selected to compete in the UK’s Class Five team – competing against around 40 other pilots.

Class 1 hang gliders are “flex-wings” with a simpler control mechanism than the Class 5 “rigid wings”, which have moving control surfaces.

The competition focussed on racing around a course, notified each day by the competition organisers, typically 120 km to 200 km long, via several turn-points and ending at a goal. Points were awarded for distance completed around the course, as well as speed points on completing the whole course. GPS trackers record pilot's flights.

He said of the event: “This competition in beautiful Macedonia has been a total blast with many lessons learned on a very steep learning curve.

“The support from home has been wonderful and we are all very grateful.”

Mike first started hang gliding in 1984, taking it up as a hobby after training at a hang gliding school in Glenshee as a 25-year-old.

He added: “It has become more than just a hobby for me. You either stick with it for a few years, and then do other things, or you get the bug and it takes over your life. I stuck with it and here I am, 34 years later, competing in my first World Championship.”

Mike’s passion for hang gliding has seen him soar all across the globe, including the skies over Wales, Canada, Hungary, Spain and France, New Zealand and Australia, Brazil and, of course, Scotland.

He said: “In New Zealand, I flew around Coronet Peak near Queenstown, and in Brazil I flew above the Statue of Christ before landing on Copacabana Beach, but one of my favourite spots is Ager, in Catalonia.

“That is a great place for hang gliding, you can get to massive heights, and you can fly with Griffon vultures. You can fly amongst them, in huge gaggles – it is amazing. You can get up to heights of around 12,000 ft. In Scotland, you can commonly get to around 5,000 and 6,000 feet but at Glencoe, you can maybe get to around 8,000 feet – if the day is good.”

The competition involved flying distances around a set course, sometimes for as long as 5 hours. Mike says he is “apprehensive” about competing in the World Championship. He added: “It was a category one competition, so it was highly competitive. I’ve been in a lot of category 2 competitions.”

The SAS staff member gained selection after good performances at various competitions throughout the past year. His wins included The British Open, held in South East Wales, and last year, he won the British Open Series – a series of three, five-day competitions.

Mike, who has been with SAS for 12 years, says the shift patterns in the service have allowed him the chance to hang glide in his spare time.

He said: “It’s the only thing I do when I am off. It’s my number one priority. If I’m not working, and the weather is good, I fly.

“You kind of feel like a bird – being able to soar through the air without an engine, climbing in thermals with birds is an amazing thing. It can be an adrenaline rush, but also it’s a mental challenge.”

Mike’s current role with the ambulance service involves working with a qualified Ambulance Technician or Paramedic as part of a double crew, dealing with the transportation of A&E Urgent calls, as well as attending Emergency calls as required. 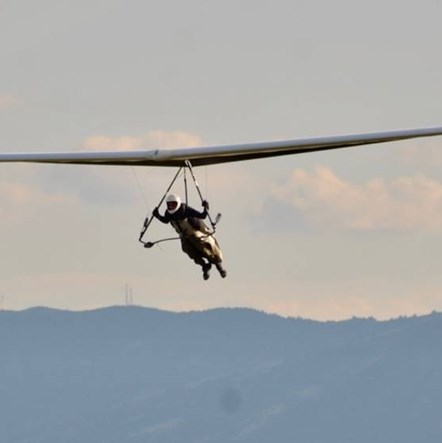