The Scottish Ambulance Service, along with healthcare organisations across the UK, are urging the public to get hands on and learn CPR for Restart a Heart Day (16th October). This year there are many ways to learn this lifesaving skill online for free.

The annual event, which is in its eighth year, aims to help people learn to perform CPR, so they feel confident to act in an emergency. The campaign is led by Resuscitation Council UK, in partnership with Save a Life for Scotland, St John Ambulance, the British Heart Foundation, British Red Cross and all UK ambulance services.

The Save a Life for Scotland partnership has been working hard together since 2015 to raise awareness of CPR and improve survival rates across the country. This work paid off during 2020, as bystander CPR rates in Scotland did not drop despite the pandemic. The public continued to give lifesaving CPR when others needed them, over 66% of the time, which is more than 20% more often than before 2015. The goal is to increase bystander CPR to 85% by 2026.

CPR skills saved footballer Christian Eriksen’s life in June, and could save the life of anyone in cardiac arrest – which could happen anywhere, to anyone, at any time.

Around third (35%) of adults in Scotland* have never undertaken any form of training to learn essential CPR skills, it is the goal of the Save a Life for Scotland partnership to reach everyone living in Scotland with CPR awareness skills.

For every minute that a person in cardiac arrest doesn’t receive CPR and defibrillation, their chance of survival drops by up to 10% - so acting fast in an emergency is crucial. With most cardiac arrests happening at home, knowing CPR and being confident to act could save a loved one’s life.

People can learn CPR by attending local events and by using online resources, which they can find at resus.org.uk/rsah. There are resources available in a range of languages, including Punjabi, Hindi, Arabic, Gujarati, Welsh, Polish, Chinese and Kurdish as well as in Makaton. Resources are also available for teachers to use with their pupils in lessons. People can also support the campaign and learn more about it on social media using the hashtag #RestartAHeart.

Nobody understands the importance of knowing CPR skills more than Jeanne Reilly, who had a cardiac arrest in the Royal Botanical Gardens in Edinburgh. She said that the collective efforts of her friend, three members of the public and the ambulance emergency responders who arrived within minutes saved her life. Jeanne (68), a speech and language therapist from Berkshire, said the assistance she received highlighted the importance of the Chain of Survival - recognising there was a problem, doing CPR, quick defibrillation, and getting access to specialised care– in the event of an Out of Hospital Cardiac Arrest.

Jeanne says: “Thank you to the ambulance crew who helped save my life when I collapsed early afternoon at The Botanics. I was given CPR and a defibrillator was used prior to the crew arriving. They arrived very quickly and then took me to Edinburgh Infirmary, giving me another shock in the ambulance.

“I am one of the lucky ones. Had it not been for the quick thinking of my friend, who broke my fall and called for help, the two individuals who administered CPR, the person who used the defibrillator to administer two shocks and the young person who called the ambulance, I would not be getting back to enjoying life. The expertise of the ambulance paramedics kept me alive while I made the journey to the Edinburgh Infirmary and the medical team in ICU took over from there.”

Following the emergency call being received by Lindsey Brady, of the West Ambulance Control Centre (ACC) in Glasgow, Aidan Colliar and Audrey Michie, of the East ACC in Edinburgh, dispatched Nickie Crowe, on a Paramedic Response Unit, and ambulance crew Ian Harwood and Ricky Moffat, of Dalkeith Station. They arrived within two minutes of the Scottish Ambulance Service receiving the call and Jeanne was transported to hospital and “kept alive” in the ambulance on the way to Edinburgh Royal Infirmary.

Jeanne has now called on others to learn vital CPR skills and learn about defibrillators for this year’s Restart a Heart Day, highlighting the importance in early intervention. She says: “I hope that more people are educated about where to find a defibrillator and how to use one, so that the % figure of those who survive a cardiac arrest out of hospital can increase.”

“We know how important bystander action is in helping to save the life of someone in cardiac arrest. Studies show that using a defibrillator within three minutes of collapse, along with starting CPR, can greatly increase chances of survival. Cardiac arrest can affect anyone, of any age at any time or place. It’s vital that we can encourage people to feel more comfortable in calling 999 and to deliver bystander CPR and defibrillation if witnessing an out-of-hospital cardiac arrest.

“Over the last five years, the Save a Life for Scotland (SALFS) partnership has equipped over 640,000 people with CPR skills, and the survival rate after an out of hospital cardiac arrest has doubled to one in ten people. We are so proud of this progress, but we are working towards even higher rates of survival and we want to encourage everyone that the power is in their hands to save lives.”

Lisa MacInnes, Director of the Save a Life for Scotland campaign said:

“Scotland as ever, continues to step up to look out for each other. During the COVID-19 pandemic, bystander CPR rates in Scotland did not budge. Scotland kept caring and kept stepping up to give lifesaving CPR when our neighbours needed us to. This Restart a Heart day we want to celebrate this achievement! Our message today is please keep going. Your actions continue to give people the best chance of survival. Please use and share our videos with others to keep the message going that any CPR beats no CPR. Check out savealife.scot.”

“Learning CPR has never been more important. When Christian Eriksen survived a sudden cardiac arrest at the Euros, he did so because those around him had the essential CPR skills that could save his life, and the confidence to act quickly when they realised what had happened to him. These are simple skills that everyone can do if they take the time to learn them.

“Learn or refresh your skills today by attending a training event, watching our short animation on how to do CPR in the pandemic, or playing our digital training game, Lifesaver.”

You Gov carried out an online survey of 2,150 adults across the UK between 23rd – 24th September 2021. The survey was carried out online. The figures have been weighted and are representative of all UK adults (aged 18+).

About Restart a Heart day

Every October, hundreds of thousands of people across the World learn CPR as part of the Restart a Heart campaign.

The campaign is led in the UK by Resuscitation Council UK alongside our partners - the British Heart Foundation, British Red Cross, St John Ambulance and Association of Ambulance Chief Executives, NHS England and Improvement, Save a Life for Scotland, Save a Life Cymru, and Northern Ireland Ambulance Service. Every UK Ambulance service joins in to ensure as many people as possible are trained in life-saving skills.

We lead this national training event because we know that if more people learn CPR, more lives could be saved. The campaign brings communities together, raising awareness of cardiac arrest and increasing the number of people trained in the UK.

About Save a Life for Scotland

Save a Life for Scotland campaign launched in October 2015, which is supported by public and third sector organisations, academic partners and Scottish Government which aims to increase bystander CPR in Scotland by equipping those living in Scotland with CPR skills. www.savealife.scot

About Scotland’s Out of Hospital Cardiac Arrest Strategy

Out-of-Hospital Cardiac Arrest (OHCA) is a significant healthcare challenge in Scotland. Around 3,500 people undergo attempted resuscitation each year after OHCA. At the launch of the national strategy in 2015, around 1 in 20 survived to hospital discharge - this is now around 1 in 10. gov.scot/publications/scotlands-out-hospital-cardiac-arrest-strategy-2021-2026 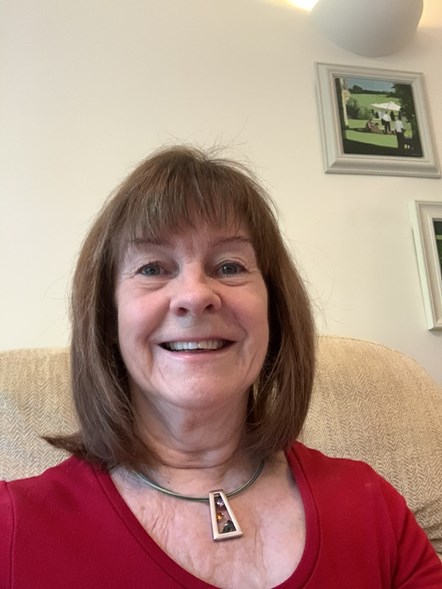