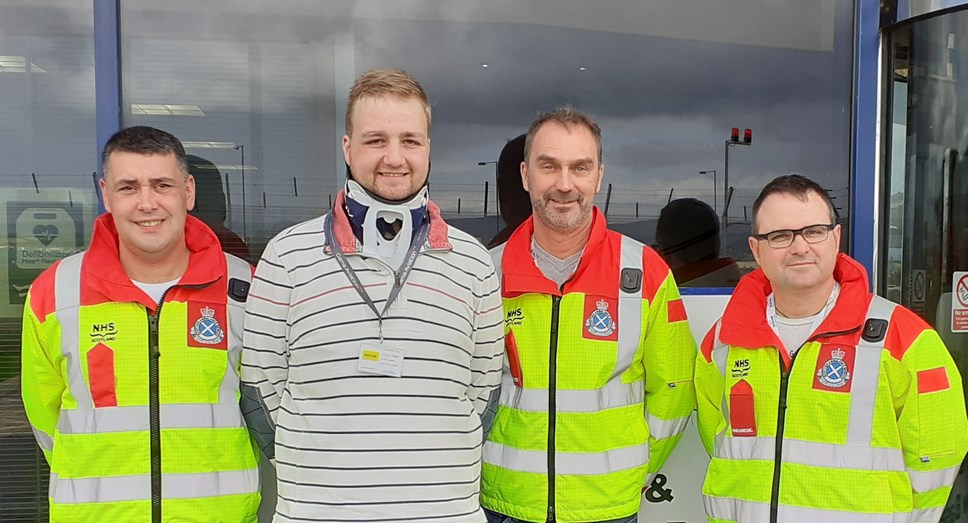 A chef seriously injured in a crash, breaking several bones, has been reunited with three emergency responders who saved his life.

A chef seriously injured in a crash, breaking several bones, has been reunited with three emergency responders who saved his life.

Jordan Foster, of Taynuilt, near Oban, was seriously injured as a result of the crash in June, breaking his neck, pelvis and vertebrae. Jordan was airlifted to Queen Elizabeth University Hospital and spent two weeks in ICU, HDU and the rehabilitation ward, as a result of the accident on a stretch of the A85, between Taynuilt and Dalmally.

Along with wife Lesley, the head chef, aged 28, recently met up with Gavin Wright and Paul Swinton of Helimed 5, and Kevin Thomson, of the SCOTSTAR EMRS Trauma Team. David Gowans and Lorne Campbell, of Inveraray Ambulance Station, also attended the incident along with the trauma team.

Jordan said: “It was quite humbling to meet them all and find out what they did on that day to help me. My memory of the day is not good, but it was great to hear what they did and how calm they were through everything.”

Jordan’s mum Sara said: “I know how much it’s meant to my son and his wife and in particular it’s made a massive difference to Jordan’s recovery.  His recovery has been nothing short of remarkable.

“They are all true heroes and I will, as a mother forever be in their debt and remember them in how they all saved Jordan’s life. They deserve to be commended for their compassion, hard work and expertise in saving lives. ” 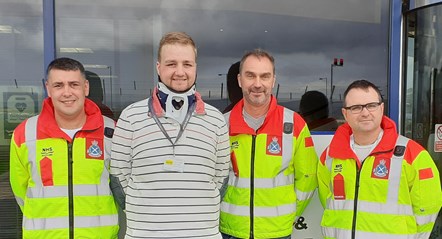