Dad's message of thanks after coin drama

Amazing work from the crews at SAS who helped a young girl after she got a pound coin stuck in her throat.
Dad Steve Chisholm, of Dunfermline, said he has been “really touched” by the Scottish Ambulance Service after his one-year-old daughter Maggie was taken to hospital.
And in a further lovely touch, Kim Millar, one of the paramedics who took care of Maggie, returned a few weeks after the incident to return the young girl's cardigan.
Steve has also praised dispatcher Aimee Hogg, and Ryan Peat, who was with Kim to attend the emergency call.
Young Maggie was at home when she got hold of her older sister’s piggy bank.
Steve, who was out of the house, said his wife Maree was at home, and managed to get the coins off Maggie – but not before the youngster had one in her throat.
He said: “Maree turned around for a second and Maggie started choking. She started to be sick.
"My wife called an ambulance and they were here really quickly. It was right down her throat, down below her Adam’s apple – it was properly lodged.”
An ambulance crew, which included Ryan Peat on board, was dispatched by Aimee Hogg, based at our East ACC.
After assessing Maggie, the crew transported her to Victoria Hospital Accident and Emergency department.
Cleared by staff of being in immediate danger, the decision was made to take her to the Royal Hospital for Sick Children in Edinburgh. She was transported here by another ambulance crew.
Steve said she had an operation to get the coin out, and was kept in overnight for observation.
The 33-year-old dad said: “The operation took less than 45 minutes and she was fine. It was a relief – it was quite frightening at the time when she was being sick.
“The ambulance staff, the doctors and the nurses were really great, and were all keeping us quite calm.
And Steve also praised one of the crews who came back two weeks later to return Maggie’s cardigan, which she had left in the ambulance.
Steve said: “I was about to go out the door one day, and two paramedics were standing there. One of the paramedics helped Maggie on the day – she asked how she was doing.
“She wanted to return the cardigan – I thought it was really nice. We were really, really touched. It’s not something we expected. The fact they took the time to do that was great. They must see hundreds of people, I was just really touched.”
As for the pound coin, Steve said they would lock it away, and possibly give it to Maggie when she was older, adding: “Maybe for her 18th birthday.” 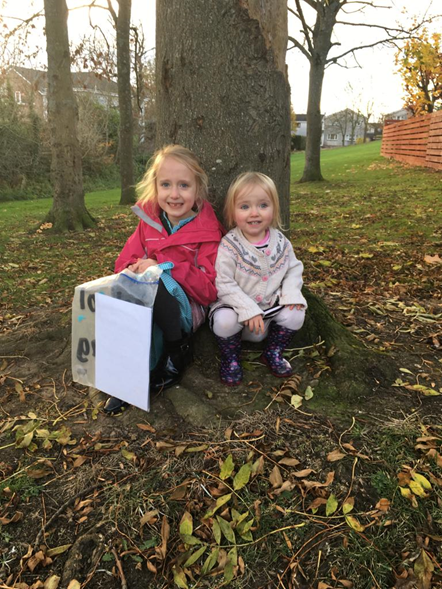