Grounded pilot signs up to work for Mobile Testing Units

A commercial airline pilot who found himself unemployed as a result of the pandemic is now helping to fight Covid by working at one of the Scottish Ambulance Service’s Mobile Testing Units (MTUs).

Marcus Spinks, who has twenty-five years’ experience as a pilot and over 10,000 flying hours, is a Senior Operative at the Mobile Testing Unit at Altens in Aberdeen, one of 42 units run by the Service to ensure communities across Scotland have access to testing.

Marcus says: “I was introduced to the idea of the MTUs by a former colleague who knew I was looking for employment. After looking into the role, I thought by joining the MTUs I would be able to use my transferable skills in a positive way. This would give me the opportunity to do my part in the fight against the pandemic.”

After completing his pilot training in 1995, Marcus flew as a commercial pilot on Highland and Islands and UK domestic routes, and then across Europe – following in the footsteps of father, who was also a pilot. Marcus qualified as a Captain in 2008, and in 2013 he switched to fly within the Oil and Gas industry for Eastern Airways from Aberdeen.

In 2019, Marcus relocated to Dublin to work as a commercial pilot again, where he flew across UK and Europe for Cityjet. But in March 2020, when travel was halted around the globe following the pandemic, Marcus found himself grounded.

“Unfortunately, due to the dramatic downturn in aviation travel, the company I was employed with made the entire base redundant. This was a great shame as I was really enjoying the new opportunity I had been given by moving to Dublin.”

While he was forced to give up his dream job, Marcus has found that working at the MTU provides different challenges and job satisfaction.

“It’s great to see when you have made a different to someone’s day. Some people do arrive feeling apprehensive, nervous and distressed to a certain level. It’s great to be able to help them with their test by making them feel at ease and reassured they have nothing to worry about and they leave the MTU feeling much happier. The good comradeship with my fellow team members as it has brought people from many different environments together.”

While Marcus enjoys the challenges of working for the MTUs, he still hopes that he will be able to fly again, once the travel industry is on track for recovery. He says: “Aviation has given me some fantastic experiences, I’ve worked within great teams and made good friends in many countries. I’ve been very lucky to see some spectacular views from my office window.”

Find out more about our Mobile Testing Units (scottishambulance.com) 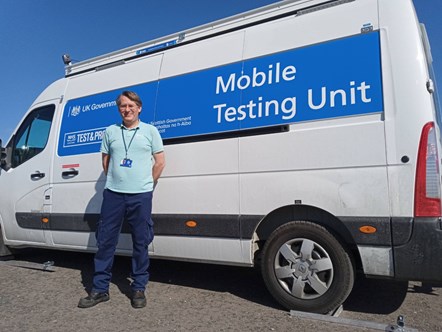 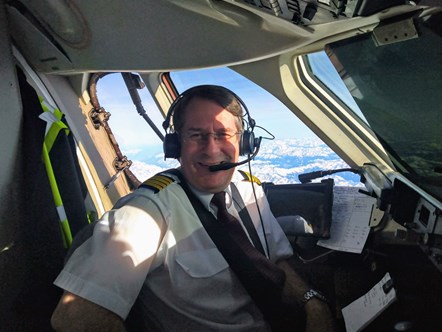