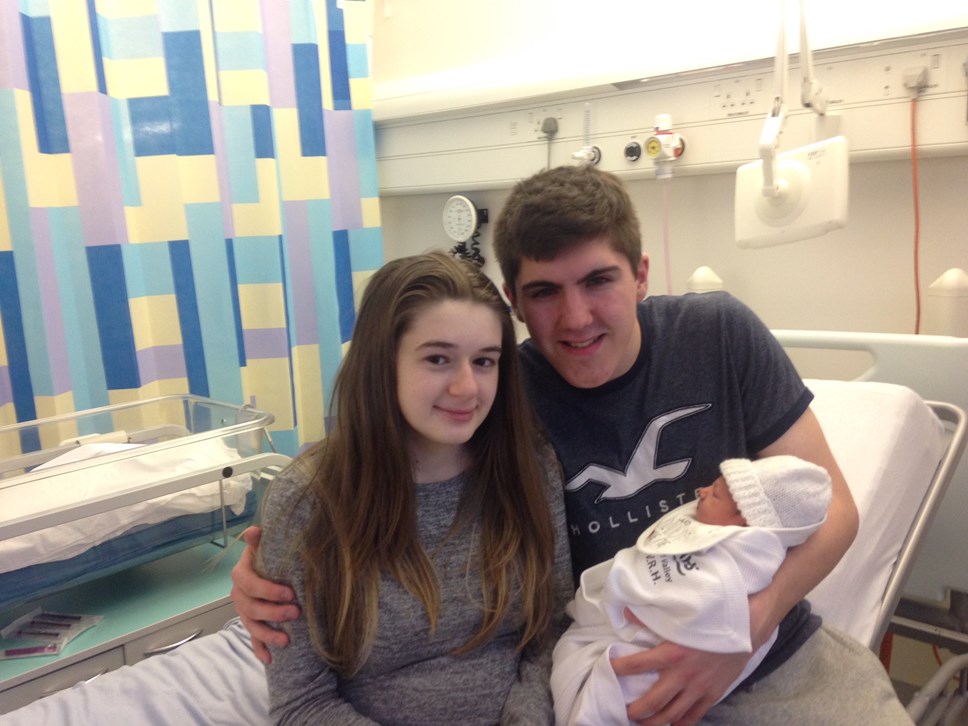 Mum inspired to become paramedic after birth of first child

A mum says she has been inspired to carry out her dream of becoming a paramedic after having her first child delivered at home by Scottish Ambulance Service emergency responders.

Ashleigh Carpenter, 19, was at her mum’s house in Bo’ness when Lily Scott was delivered.

The retail worker said she woke up at around 2am on the day of the birth.

She added: “I then went back to sleep at 5am - then it all happened. I begged my mum to phone an ambulance at around 6.20am. They did not believe me the baby was coming.”

A 999 call was made and Ashleigh’s mum advised the call taker – Joan Maciver – that the baby’s head was crowning. Two ambulance crews were quickly dispatched by Craig Moore.

The first crew, manned by Scott McKinnon and Andrew Lambe, arrived within minutes. A second crew, manned by Ewan Hoggan and Thomas Gentles, then arrived a few minutes after.

“My boyfriend was in quite a state. One of the ambulance service staff was holding my hand while the other delivered it.”

The birth of Lily on February 19 at 6.45am was a “blur” for Ashleigh, but after the baby’s umbilical cord had been cut, she was taken to Forth Valley Royal Hospital.

Ashleigh added: “I am just so thankful. As the baby was coming, my mum was pale white. My boyfriend was in quite a state himself, but the crew kept my boyfriend calm and my mum calm.”

After watching their professionalism in action, the first-time mum said her aim is to become a paramedic.

She continued: “I have always wanted to be a paramedic. It’s always been in the back of my mind. Seeing them deliver my baby, they all did such an amazing job.

“This has made me want to be paramedic even more.”