Mum thanks SAS after dramatic birth

We received a fantastic compliment from mum Gale Ervine.

She thanked everyone involved at SAS who saved her baby’s life.

On June 9, Gale, of Edinburgh, went into a very rapid labour. Her husband called 999, and Darren Jack – Student Tech, Edinburgh City, Debra Ann Anderson – Technician, Edinburgh City, and Matthew Stephenson, were dispatched by Kris Glen, based at our East ACC.

She wrote: “I am writing to express my immense gratitude and admiration for the ambulance crew who attended my home in the early hours of 9 June.

“I had gone into a very rapid labour that progressed so quickly that I had no time to get to the hospital.

“My husband phoned 999 at around 12:30am and the ambulance crew arrived very shortly afterwards at around 12.45am. At this point, I was very frightened and distressed as, despite the speed at which my labour progressed,  it was not straightforward.

“I know now that this was as a result of shoulder dystocia (my son’s shoulder was basically stuck) and without the quick and efficient intervention of the ambulance crew his life was in significant danger.

“As soon as they arrived, the paramedics quickly delivered my baby and took immediate action to resuscitate him and mitigate the effects of the oxygen deprivation he suffered during the birth. They were an incredibly supporting and reassuring presence for both me and my husband and I’ll never forgot the kindness they managed to show us during what was no doubt an extremely stressful situation for them as well.

“It is thanks to the paramedic team that my son, Rory, is alive and 100% healthy today, two weeks after his dramatic birth. Please extend my sincere thanks to the crew who helped me that night. They really are absolute heroes and I’m in total awe of the amazing work they do”

Mat Stephenson said: "We worked really well as a team that morning. So very glad mum and baby are well, as we could easily have had a different outcome. Welcome to the world Rory." 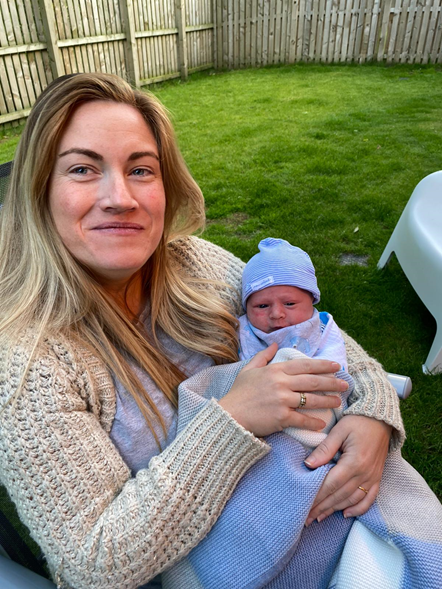