Over the last six months, the Scottish Ambulance Service’s (SAS) emergency workers have suffered from almost 150 verbal and physical assaults, new data from the Service reveals.

The new figures come on the back of the Association of Ambulance Chief Executive (AACE) national campaign, #WorkWithoutFear. This campaign highlights the profound impact of this abuse on the everyday lives of ambulance staff. It also aims to encourage the minority of people who might commit these offences to have respect for the people who are trying to help them, their friends and families when they need it most.

Neil Hardy, who has been a call handler at the SAS East Ambulance Control Centre (ACC) for two years, and was a paramedic for eleven years before that, says that dealing with aggression and abuse from callers has become a common part of the job.

He says: “Being on the other end of abusive behaviour happens more often than people would think. There are two types of abusive calls we receive. The first is the callers who are angry and aggressive because they are scared, and we have the training to calm them down and deal with it. The second is more difficult and it’s when the caller is abusive from the moment we answer the call. I received a call from a man who had a family member with stomach pain, and he wouldn’t accept the assigned triage. He became very aggressive and accused me of failing his family. After a tirade of abuse, he said he would track down me and my family and blow us up. I knew that it was unlikely that he would follow through with this threat, but it was still completely unnecessary and upsetting.

“During a shift we may take sixty or seventy calls a day, and so there is a likely chance we will be abused on a number of calls throughout a shift. It shouldn’t happen, but it does. Sometimes we have to take a moment to catch our breath, and I’ve seen colleagues very upset and have to step away from the phone.

“Everyone who works in our control rooms is doing the job because they want to help people, and we don’t deserve to be abused while doing so. When you’ve been here a while you get used to it, but the fact it happens so regularly is very distressing.”

“It’s completely unacceptable for emergency workers to be experiencing verbal and physical assaults, particularly when they are responding to calls for assistance. They should not have to fear for their safety when treating patients, or to be verbally-assaulted over the phone when handling calls.

“They work incredibly hard, helping people in need and keeping them safe, and sadly, we've seen incidents occur in other parts of the NHS and against our police and fire colleagues too. While these new figures are for recorded calls, I have no doubt there are many more assaults that go unrecorded. As a Service, we provide support to our staff to report incidents to Police Scotland, so that they can take the matter further.” 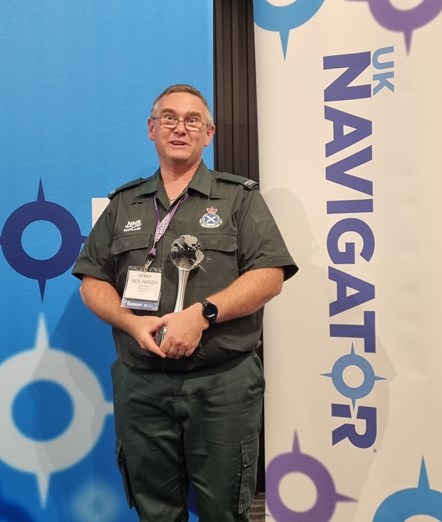