A Scottish Ambulance Service dispatcher and one of Scotland’s youngest breast cancer survivors has spoken of the support she has received from her colleagues during her battle.

Nicole Little, who is based the Service’s East Ambulance Control Centre, was diagnosed with cancer at the age of 27. Now aged 28, she is in remission.

Nicole carries the faulty BRCA1 gene which is known to increase the risk of breast and ovarian cancer. After losing her mum Celine Mason to cancer at the age of 32, Nicole – aged only seven at the time – is now determined to help uncover everything she can about that genetic link to cancer.

The dispatcher, from Bathgate, has been with the Service for two years, starting as a call handler before becoming a dispatcher.

Nicole had an operation to remove her ovaries on January 19 last year and two months later, she had surgery to remove both her breasts followed by reconstruction. She had since returned to work.

She said: “My colleagues were great as they had chipped in for gifts and were always checking I was ok. My team arranged an afternoon tea during my chemo to cheer me up.

“My manager was very supportive throughout checking up on me and arranging a catch up over coffee frequently so I could keep up to date with things when I returned to work. He was fantastic and couldn’t have handled it any better.

“I visited the control room throughout my treatment to see everyone and make it less daunting returning with no hair. They all looked after me on my return and I honestly couldn’t have asked for a more supportive bunch.”

Nicole was first diagnosed with triple negative breast cancer on July 2019, at St John’s Hospital. The next month, she had surgery to remove a tumour from her right breast. She started chemotherapy sessions in September of that year, which resulted in her losing her hair.

To mark World Cancer Day in Scotland on February 4, Nicole is urging people to make a donation to Cancer Research UK or by the charity’s Unity band.

Every year, around 32,400 people are diagnosed with cancer in Scotland. World Cancer Day is an international initiative, uniting people around the world to beat the disease.

By donating or getting a Unity band, people across Scotland will be raising money to help get life-saving research back on track after the impact of the Covid-19 pandemic.

Nicole said: “I still miss my mum every day and when it was me in the hospital room being told I had cancer, my first thought was for her. I feared at first it was like history repeating itself.

“Going through cancer made me realise how lucky I am to have people in my life who love me. That’s why I want everyone in Scotland to mark World Cancer Day. Just by wearing a Unity band or making a donation, everyone can help make a real difference to people with cancer.”

A unity band can be purchased by visiting the Cancer Research UK online shop and is available in three different colours- pink, navy and blue. 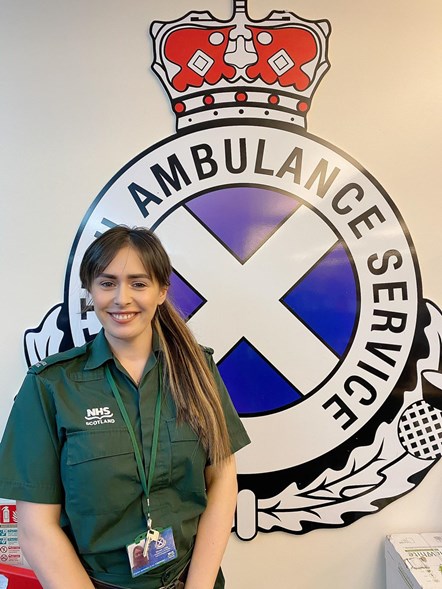