The mum of a man who had a cardiac arrest at an Old Firm game has thanked Scottish Ambulance Service (SAS) responders who saved her son’s life.

Joseph Higgins, 26, of Bellshill, was attending the match on April 17. Along with his friends and his brother, they travelled on a supporters’ bus to the game.

As the 90 minute whistle was blown, Joseph, who was feeling a bit unwell, went to the concourse area as he felt sick.

His mum Ruth, 55, said: “At this point he suffered a cardiac arrest – initially we were unaware of how serious the situation was, the message I received was he had fainted.

“When at the hospital I don’t think I was able to process the seriousness of the situation. It is only now after he’s home it’s actually sunk in.

“It's not usual to survive a cardiac arrest. However being in the right place at the right time and beside staff who had the correct training saved his life.”

Ruth added: “As a mum, I just have no words that would even come close to expressing my gratitude to the staff who looked after Joseph - they literally saved his life.

Joseph said: “It is only now that I realise just how seriously unwell i was, I have very little memory of what actually happened.”

Not one to stay away from supporting his team, Joseph renewed his Celtic season ticket whilst still in hospital.

She added: “He will very much look forward to being back at Hampden when they are playing there. We are just so thankful that your staff were close at hand and managed to get Joseph stable and to the hospital.

“It would be impossible to put into words the depth of gratitude we as a family feel. Hopefully Joseph is well on the way to recovery and as a mum I want to express my thanks to the team for the amazing work on match day.”

Thomas said: "I’m glad to hear the patient is recovering well. Surviving an out of hospital cardiac arrest requires a team approach and the patient's good health is a credit to everyone that played a part in his care at the scene. CPR makes all the difference and is a simple task anyone can do, I recommend anyone that doesn’t know CPR learns now, you could save a life.” 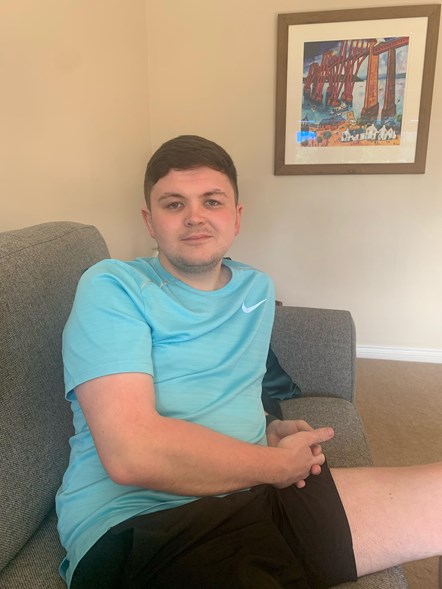