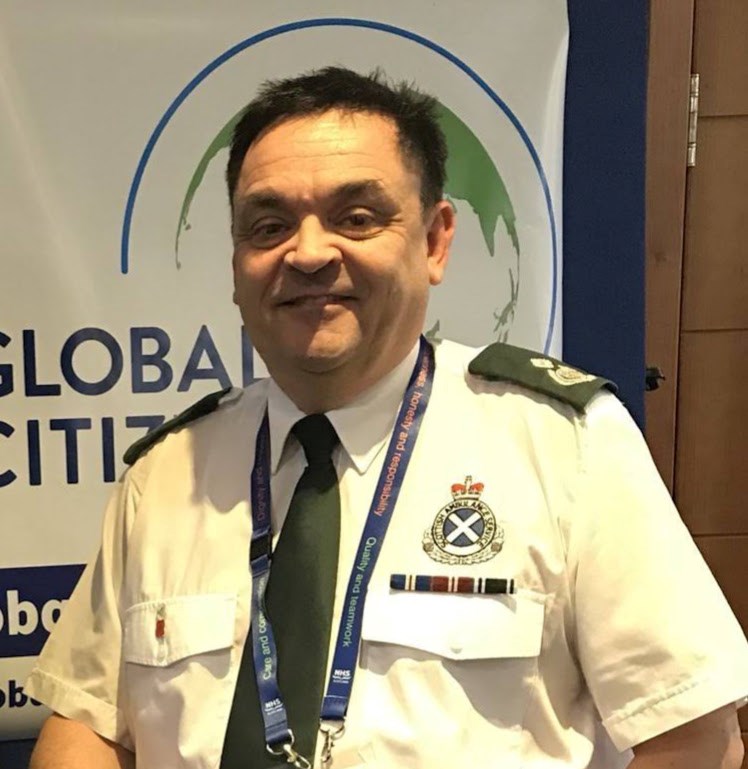 The honour - which acknowledges ambulance personnel who have shown exceptional devotion to duty, merit and conduct - has been awarded to Paul, who is currently Scottish Ambulance Service’s Lead Consultant Paramedic.

Paul, originally from Hebburn, Newcastle, moved to Scotland in 1990 and soon joined the Scottish Ambulance Service as an Ambulance Care Assistant, then quickly progressed to become a paramedic in 1992. Now, nearly three decades later, he has been awarded the prestigious accolade for his dedication to SAS and the work it carries out.

Speaking of the award, Paul, 51, said: “I’m surprised and humbled – It’s great to be honoured in this way. I left school with no qualifications with severe dyslexia, and to have been given the opportunity for a great career I am very grateful’

“It’s the career I have always wanted to do and it’s fantastic to be recognised for making a difference in your chosen profession, the support over the last 28 years from my family friends and colleagues has been key.”

With experience engaging with Ambulance Services in North America, Australasia and Africa, he added: “Another highlight is representing Scotland internationally – it’s a privilege to showcase Scotland’s work on an international stage.”

He recalled his first cardiac arrest call as a paramedic; attending to a patient in extreme need of help. added: “You are getting to do what you just spent months and months training for. That was my first experience as a paramedic, and 25 years later, I found myself leading on cardiac arrest improvement at Scottish Government. As part of that role, he was involved in the launch of Scotland’s first ever Out of Hospital Cardiac Arrest strategy.

Currently Paul is on a second secondment to Scottish Government working with Scottish Government Global Citizenship Unit and Zambian health officials conducting a needs assessment of Emergency Medical Services in Central Province Zambia, describing it as “really challenging and worthwhile”.

Paul is a vice chair of the College of Paramedics and he added: “I’ve always been interested in developing the paramedic profession in a leadership role and leading evidence-based practice globally.”

Scottish Ambulance Service Medical Director Jim Ward said: “Paul has taken great pride in his professional practice ever since he joined the Scottish Ambulance Service, working in a variety of roles within front line operations, special operations and the air ambulance sectors. Paul is an active proponent of life long learning and is currently undertaking a PhD at Monash University. He is a great advocate for SAS, and for Scotland’s NHS in general and has presented our work at numerous UK and International Conferences and he is also  a key player in the Global Resuscitation Alliance which aims to improve outcomes for patients across the world.

“This award is testament to Paul’s dedication and professionalism over the past 28 years and is thoroughly deserved.”

In his spare time Paul is a second degree in Taekwondo and competes for Scotland internationally with the Taekwondo Association of Scotland also acting as team medic at major international competitions and he is currently undergoing recruitment to 612 Squadron RAF Medical Reserves. 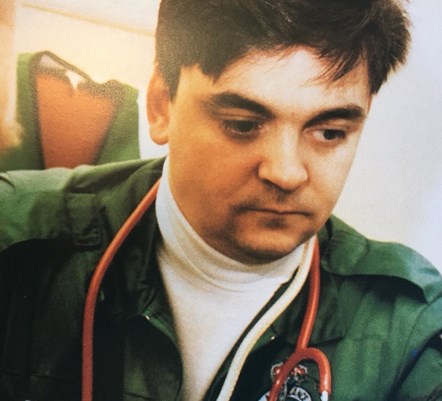