A new emergency response system which prioritises how the Scottish Ambulance Service responds to its sickest patients has resulted in an additional 1182 patients surviving life threatening illness and injury in the first year since the system was launched.

The Scottish Ambulance Service introduced its New Clinical Response Model (NCRM) in November 2016, a model which ensures that those patients whose lives are at immediate risk, receive the highest priority response from ambulance crews.

Evaluations carried out by the University of Stirling and the Scottish Ambulance Service have revealed that that the NCRM has saved more lives across Scotland since its introduction.

Jim Ward, Medical Director of the Scottish Ambulance Service (SAS), said the results were to be welcomed.

“The results published today are very encouraging – they show an increase in survival rates for our most at-risk patients and they demonstrate improvements across a whole spectrum of other clinical situations.

“The previous response model had been in place, virtually unchanged, since 1974, so designing a better model to provide a good response for all patients has been a top priority for us. We now have an evidence-based approach which identifies patient need and matches our response accordingly.

“Our aim is to give every patient the best possible service we can. For those patients in critical situations, this can be literally lifesaving, whereas for other patients, such as those with chest pain or stroke symptoms, the priority is getting a high-quality clinical assessment before being transferred safely to a specialist unit.”

Jim Ward added that the report highlights areas further improvements are being targeted in order to further enhance patient experience.

“The results of these evaluations are extremely positive and give us a real foundation to build on this work and make further improvements. We now have a real opportunity to better balance our historical focus on response times with a clearer understanding of how we can optimise the way our highly-skilled paramedics respond to ensure an excellent outcome for each patient,” he said.

“The report highlights a number of other clinical areas where we are performing well. An increasing part of our workload, for example, is helping to support frail, elderly patients. A well as excellent clinical care, this group also needs care and empathy – it is a testament to our workforce that they can work across all these demanding scenarios with such a high level of professionalism.”

The University of Stirling carried out an evaluation, analysing a snapshot of three months of data during our busiest months – January 2016, January 2017, and January 2018. To complement this with data for the first 18 month period of the pilot, SAS have also published an extended evaluation report.

Taken together, both reports highlight the success of the new model, as well as areas for improvement.

Other key findings include:

The new response system, which was developed following the most extensive clinically-evidenced review of its type ever undertaken in the UK, focuses on improving patient survival and treatment rather than simply measuring the time it takes to respond.

Under the new system, patients with immediately life-threatening conditions, such as cardiac arrest, or who have been involved in serious road traffic incidents, are prioritised and receive the fastest response.

In less urgent cases, call handlers may spend more time with patients (or the person who has made an emergency call on behalf of a patient) to better understand their health needs. This way SAS call handlers can ensure they send the most appropriate resource for their condition, first time – not necessarily the nearest or quickest response. This approach takes into account the advances we have seen in clinical expertise in recent years and focuses on patient outcomes.

Please see the following link for three case studies who have benefitted from the NCRM - http://www.scottishambulance.com/TheService/crmcasestudies.aspx. 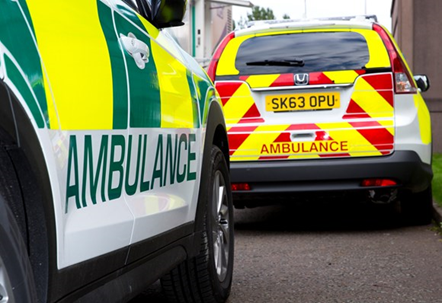